Luca Moscariello was born in San Giovanni in Persiceto (BO) in 1980. Moscariello graduated from the Academy of Fine Arts in Bologna in 2004. Since then, he lives and works in Sala Bolognese (BO).

Moscariello has always endeavored to have the viewers of his paintings look beyond what they first see. He wants the viewers to pause and try to understand what is in front of them rather than simply having all the information presented in a glance.

To achieve this, in Moscariello’s earlier works of interior spaces or landscapes, he filled the painting with information; its entirety bursting with images. He did this to force the viewers to stop and look beyond their first impression in order to completely see what the painting was about.

Recently, however, Moscariello has pushed this idea further but with less information. He has eliminated the narrative completely and the viewer is left with color, shapes and shadows. It is this series he calls Puzzles: a more subtle approach to the same idea of forcing the viewer to stop and ponder the painting.

Moscariello’s Puzzles do just that: they puzzle the viewer. Not only are the paintings representative of a puzzle as they seem to be pieces fitting together but they also confuse the viewer with three-dimensionality and the use of trompe l’oeil: blocks of color seem to be coming forward from the surface or may be receding into a wooden box, a subtle variation of a tone appears to create a fold in the panel, shadows create recessed spaces.

Moscariello has exhibited extensively in Italy including Museo delle Arti di Catanzaro (MARCA) and Museo d’Arte Contemporanea, in Lissone. His works are included in numerous significant collections, both public and private. 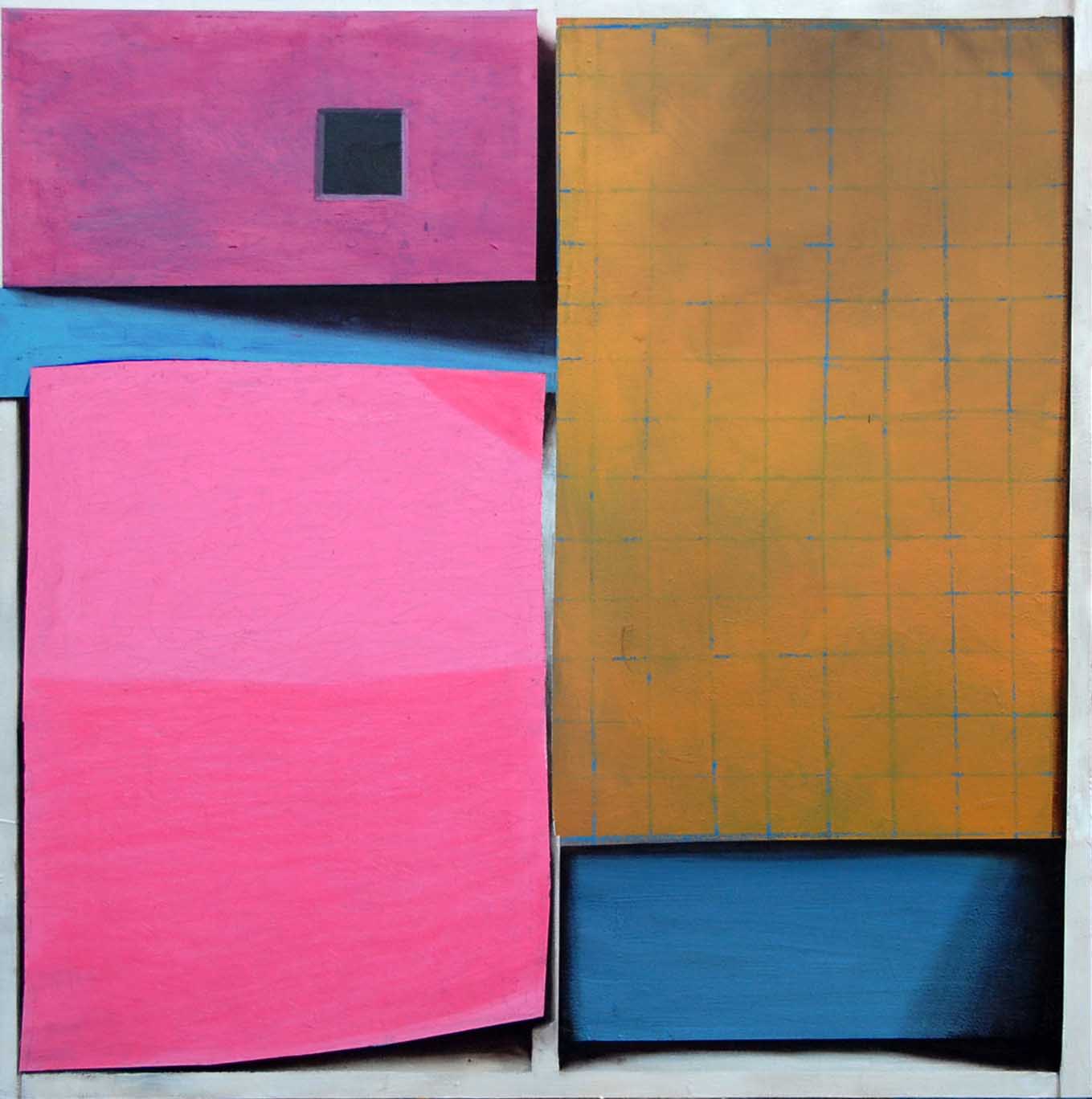 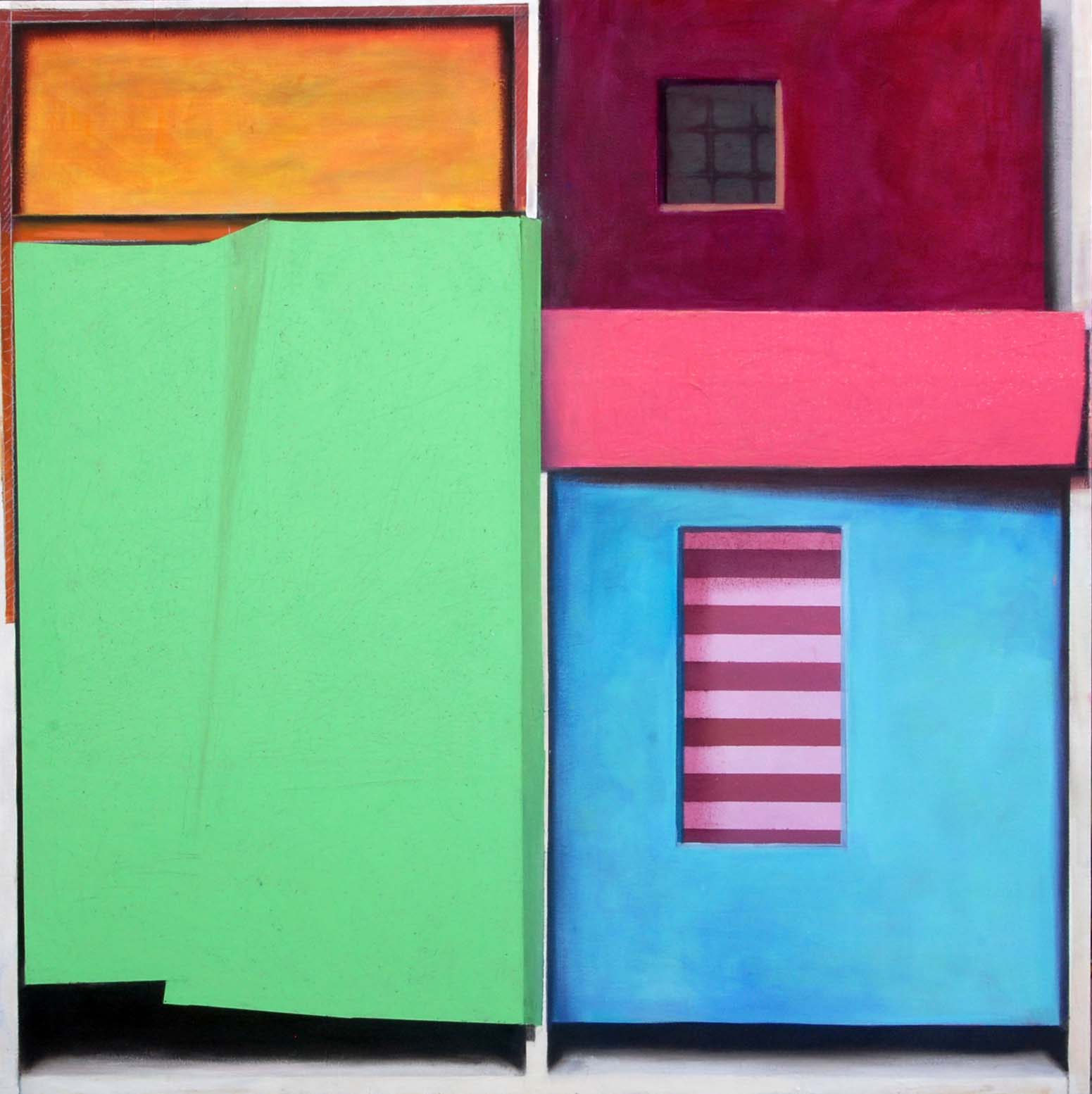 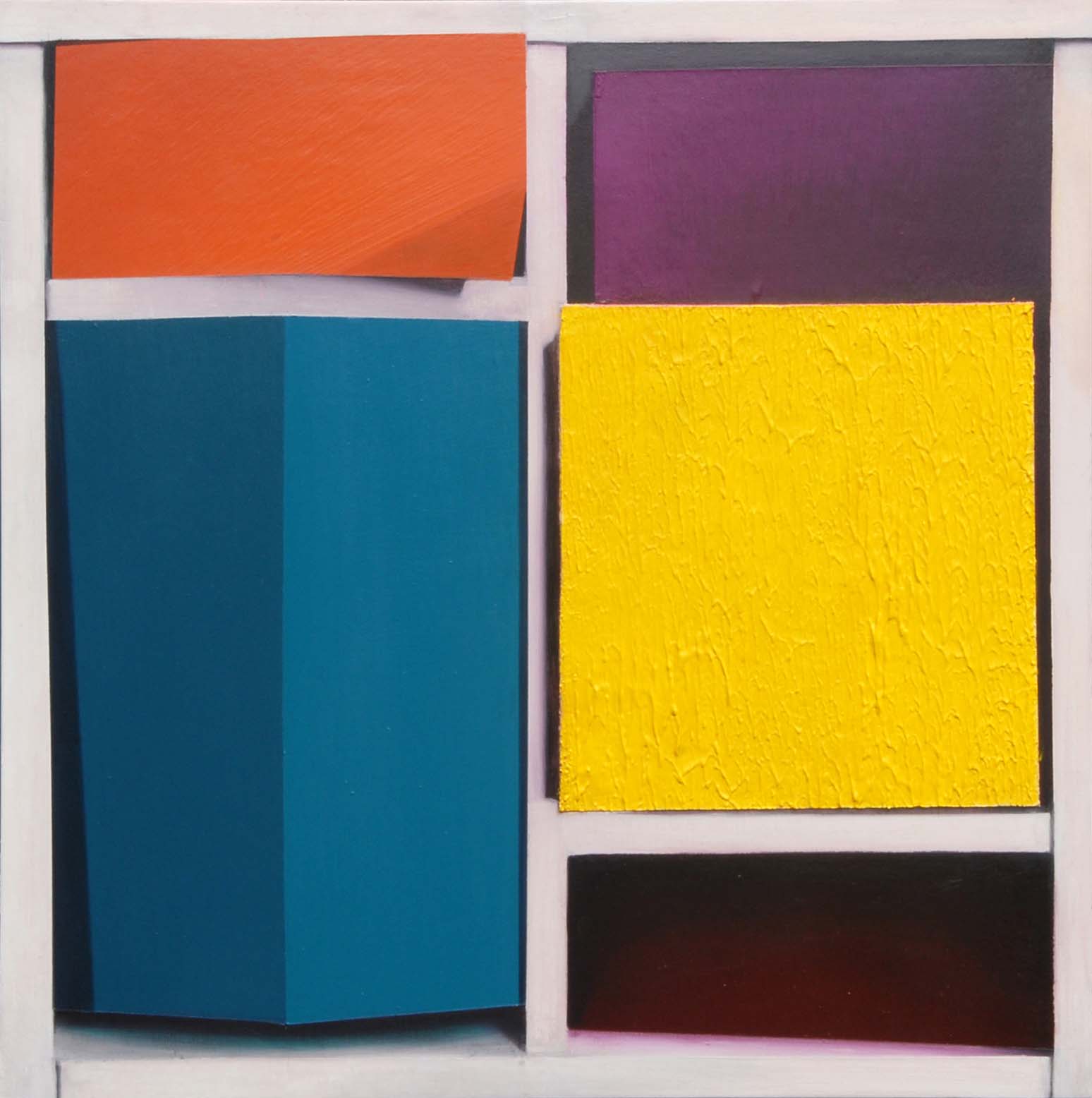 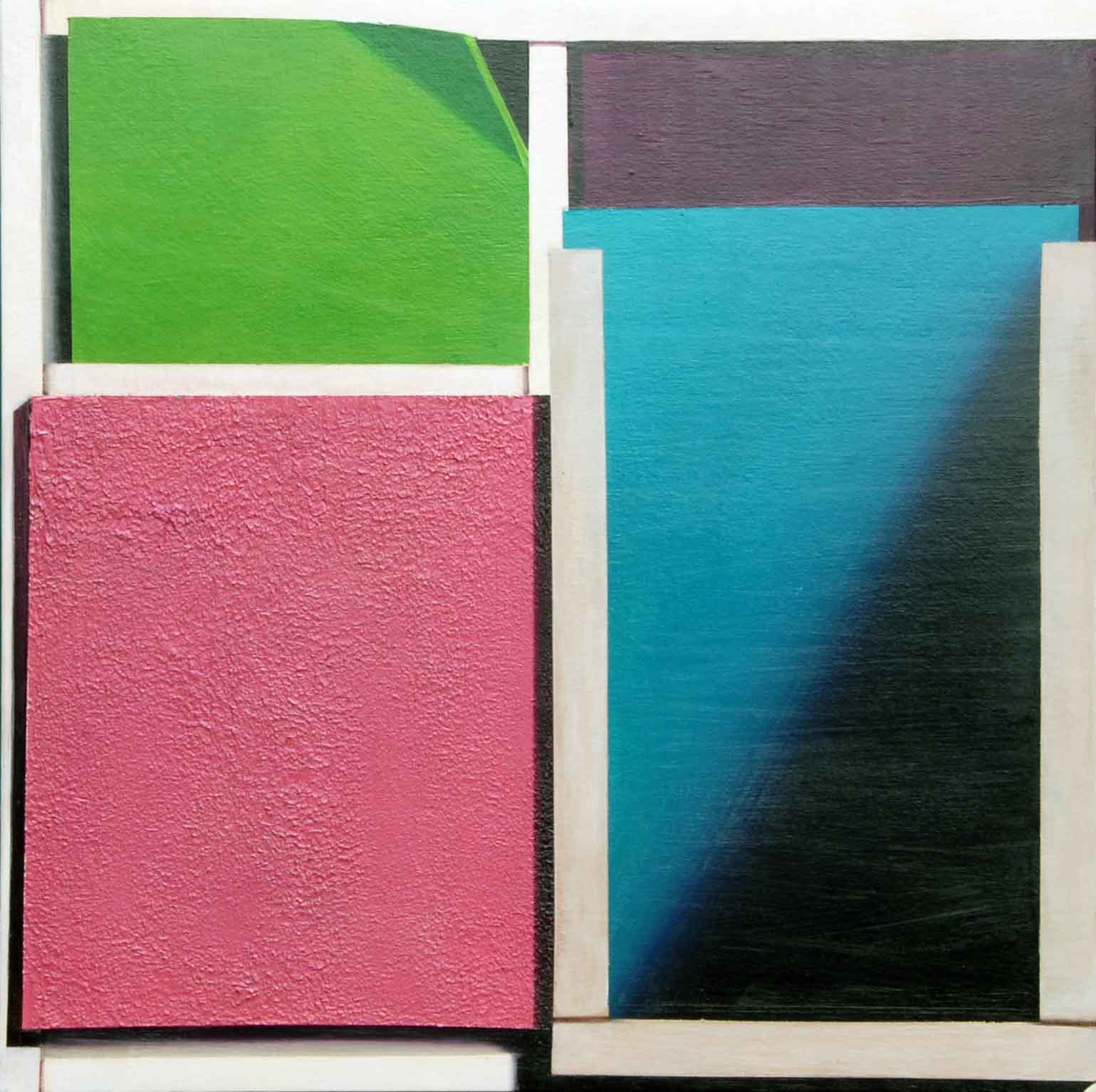 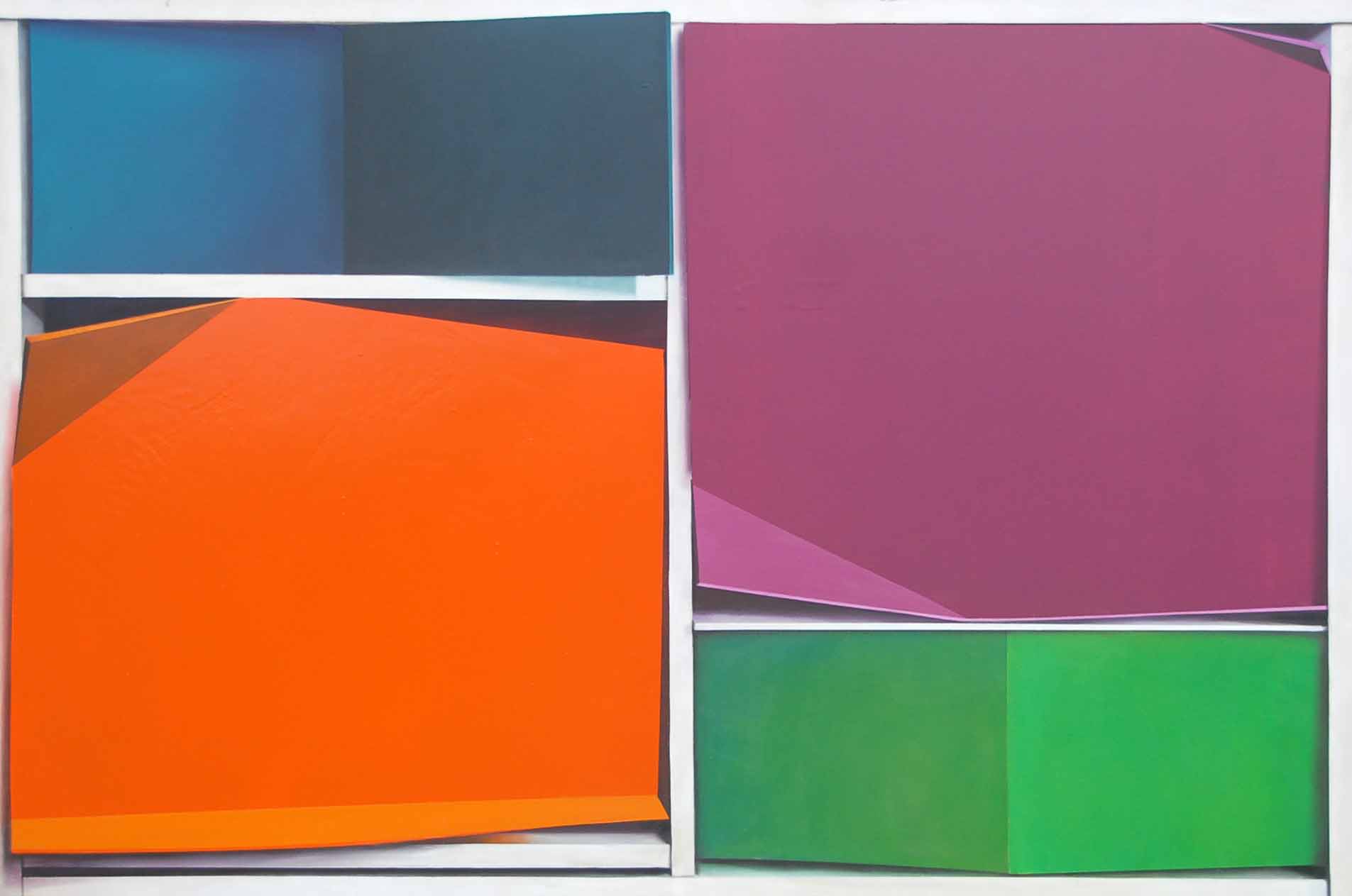 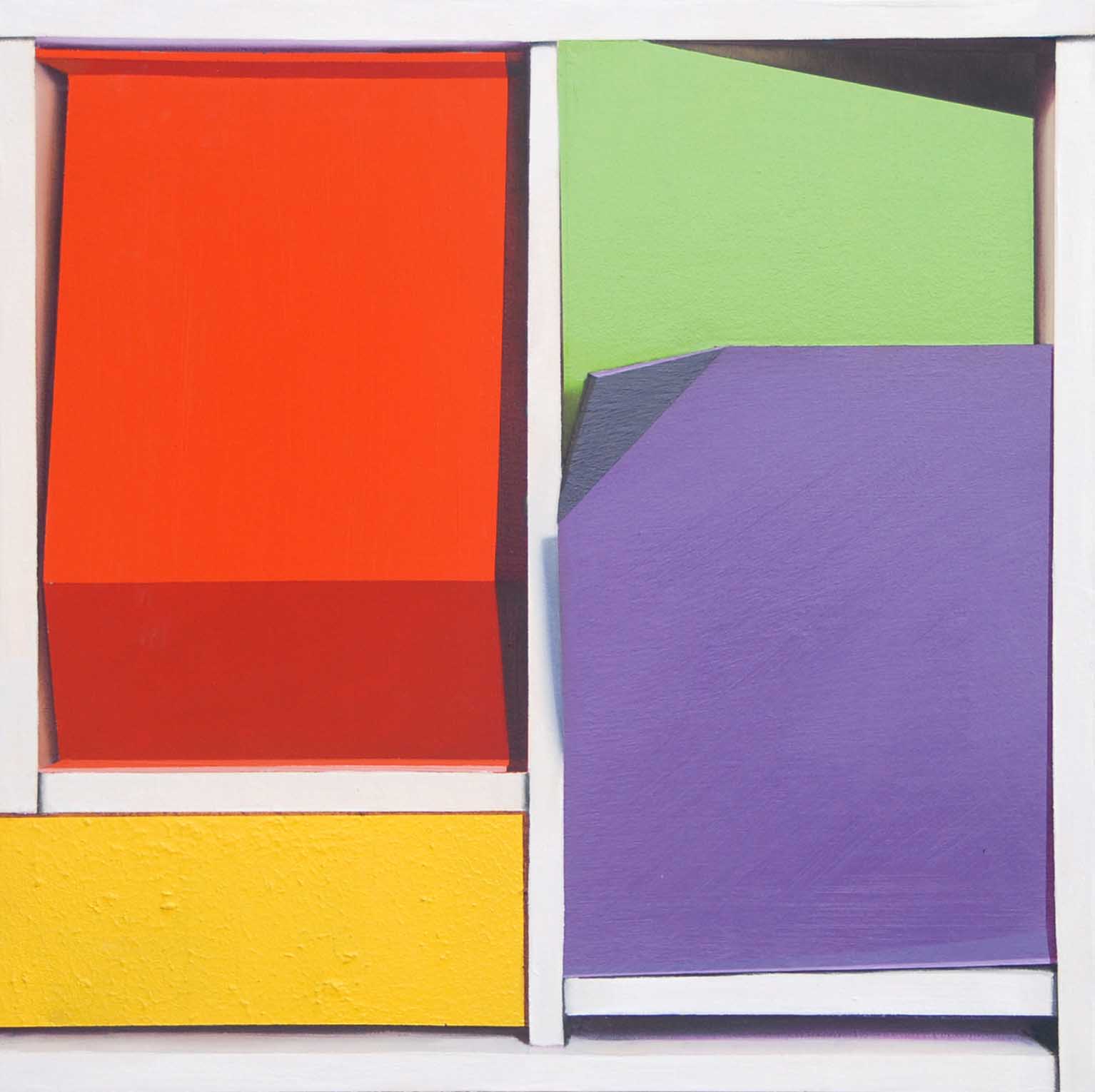 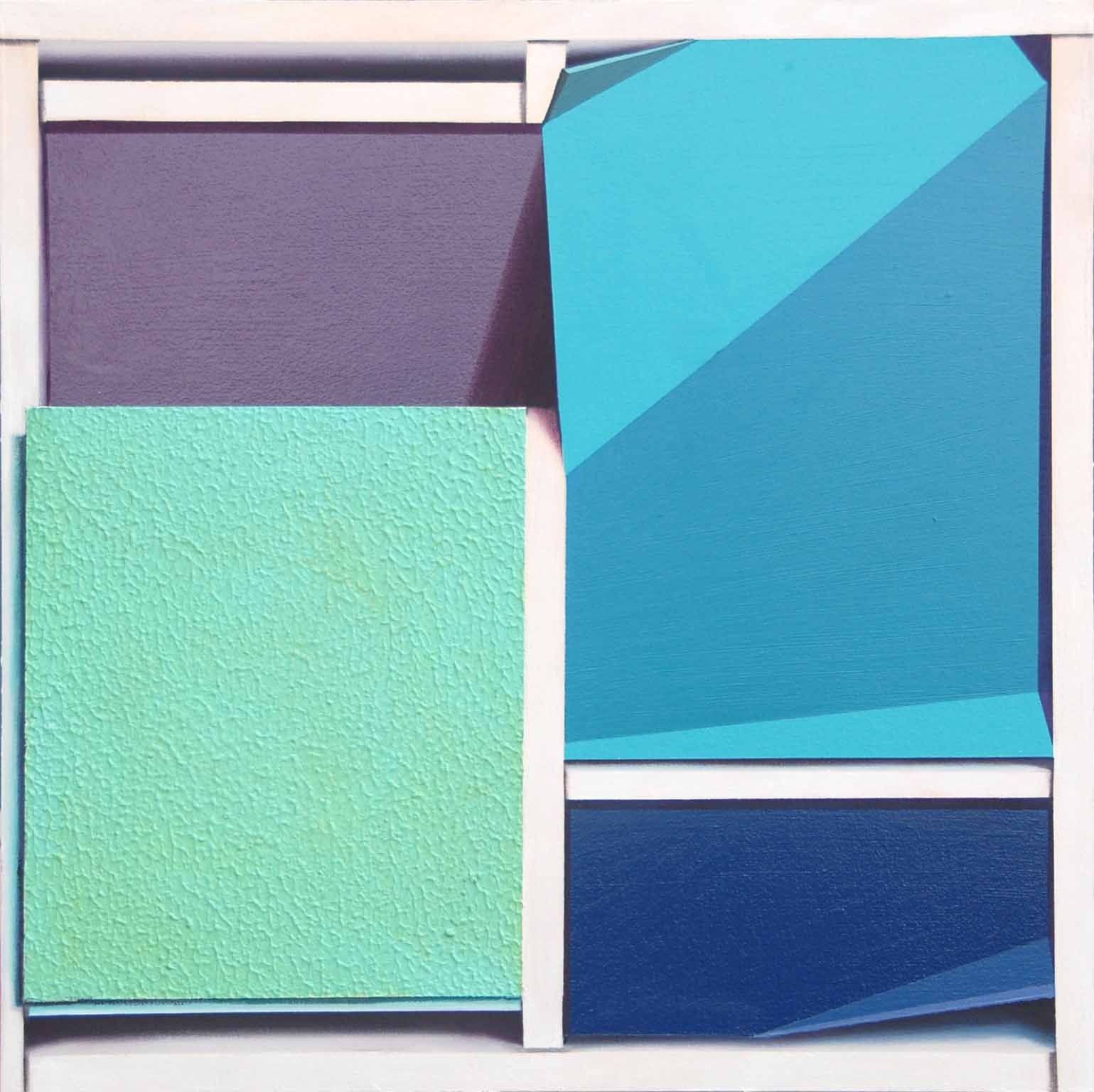 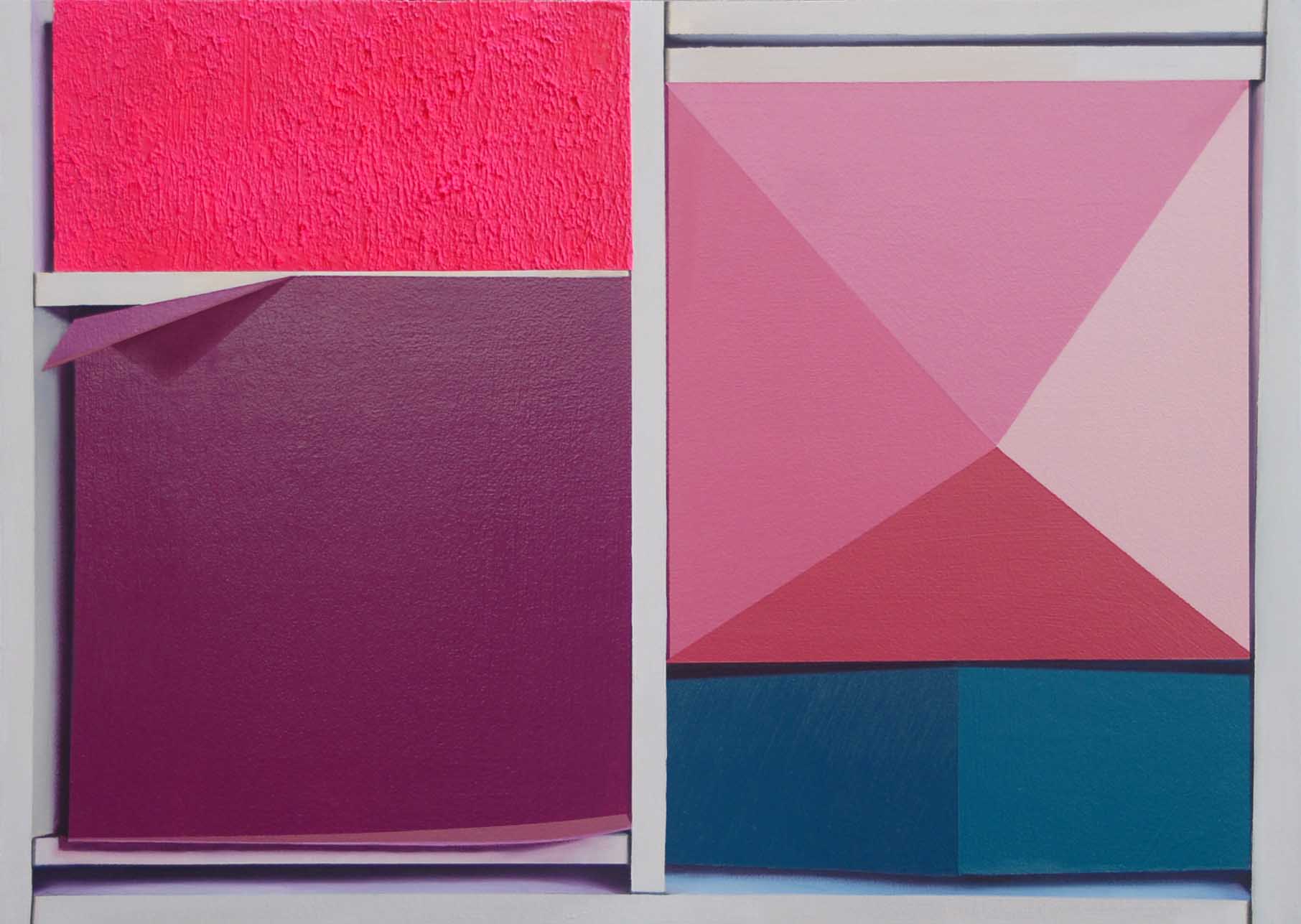 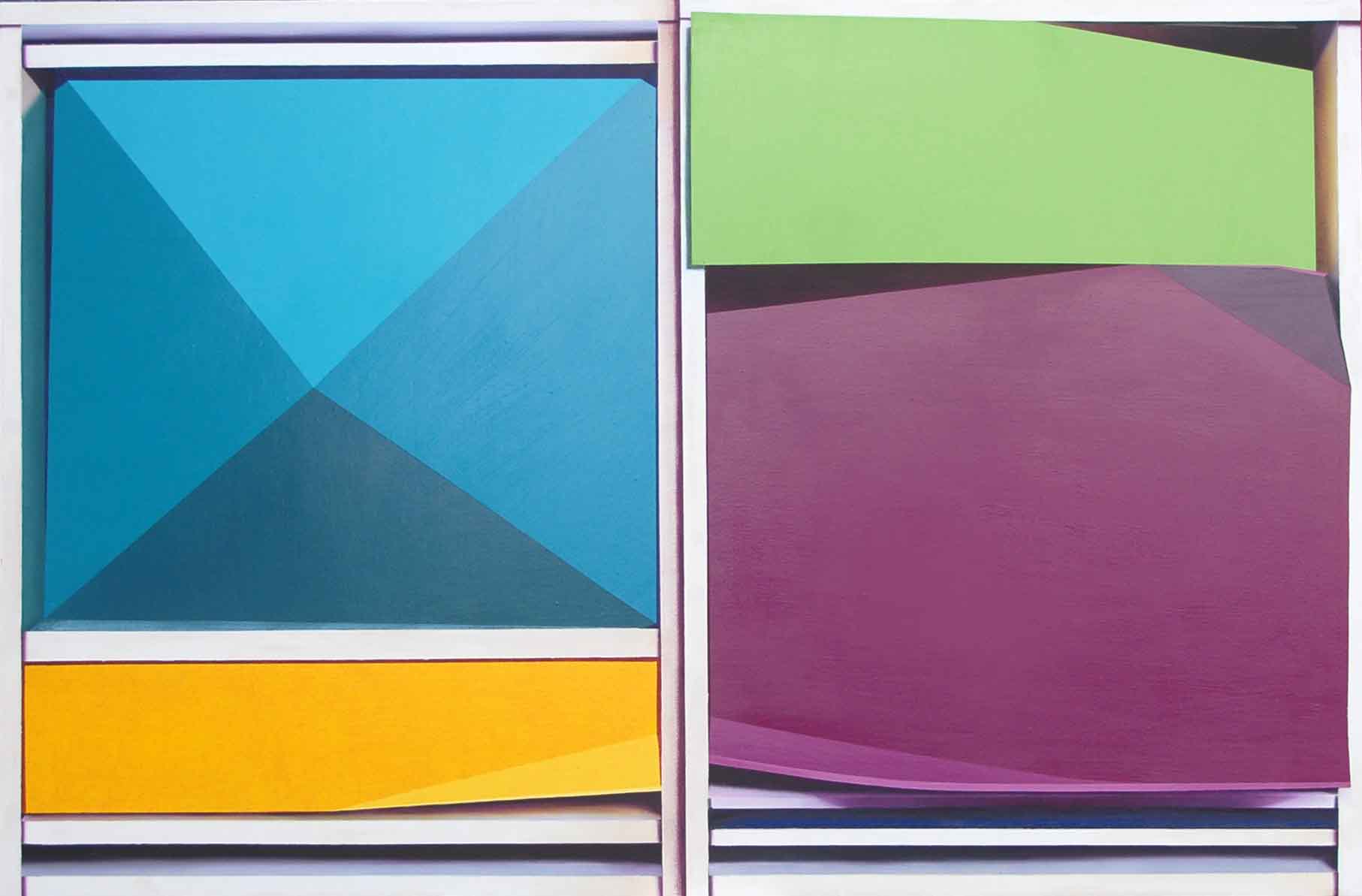 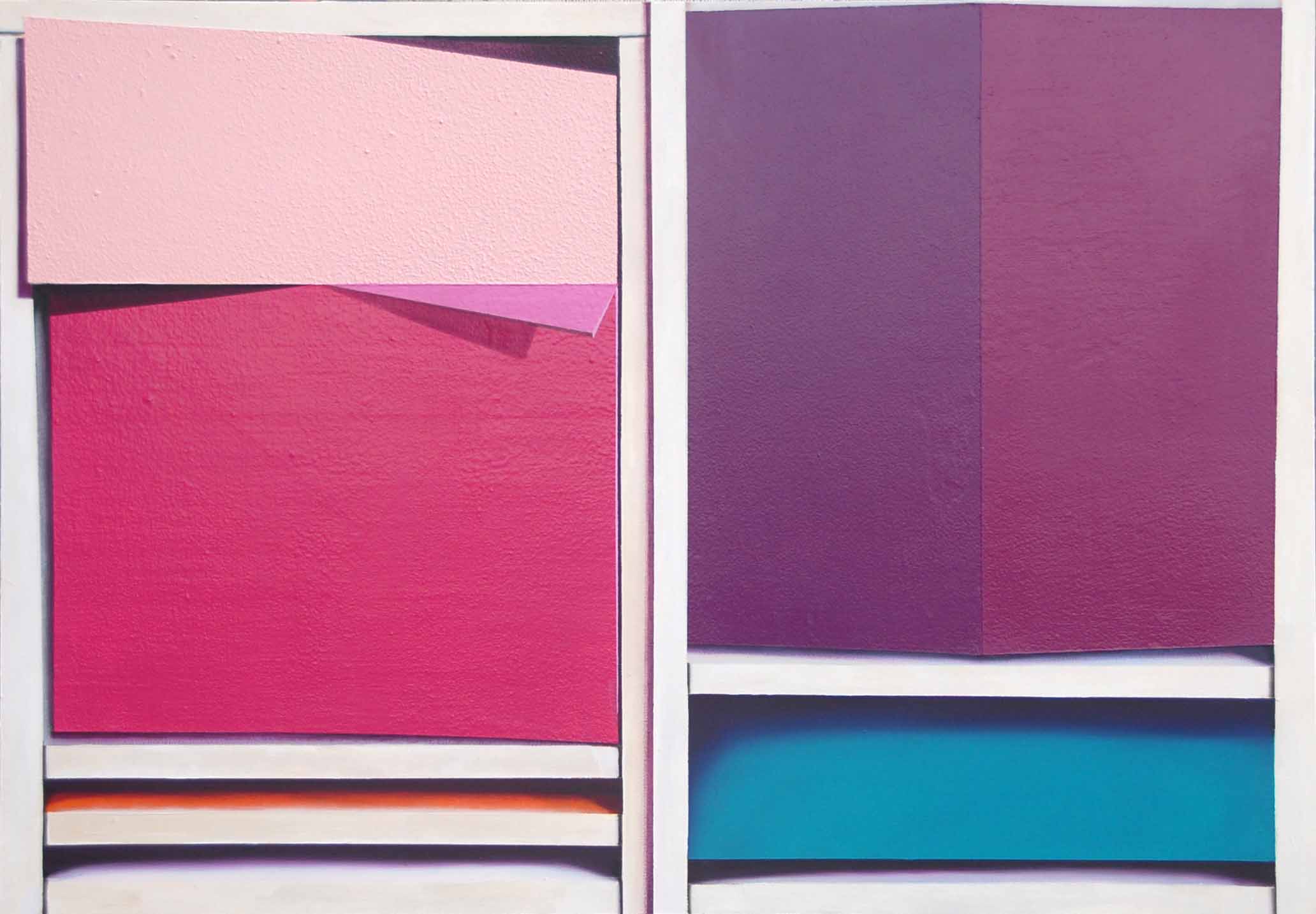 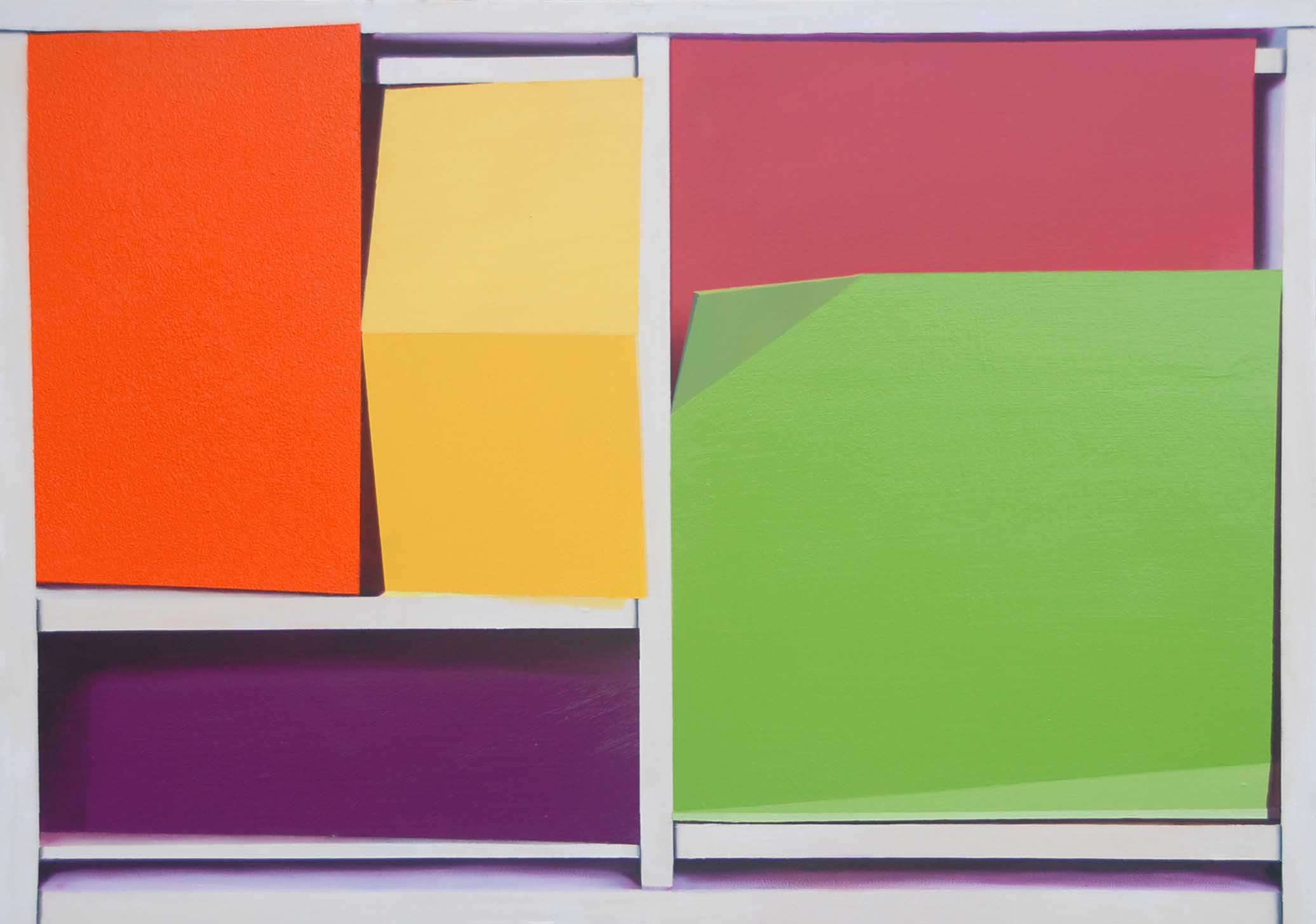 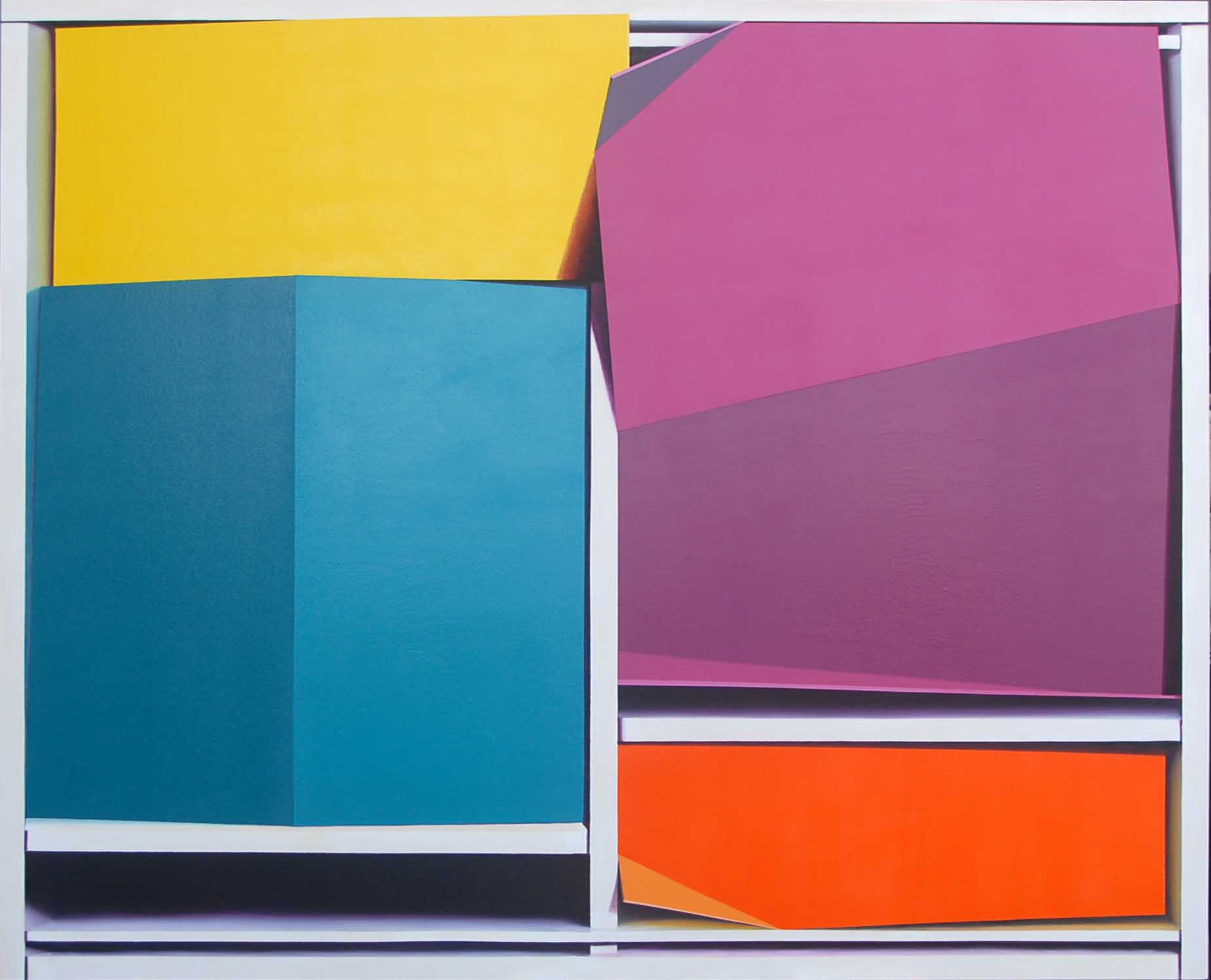 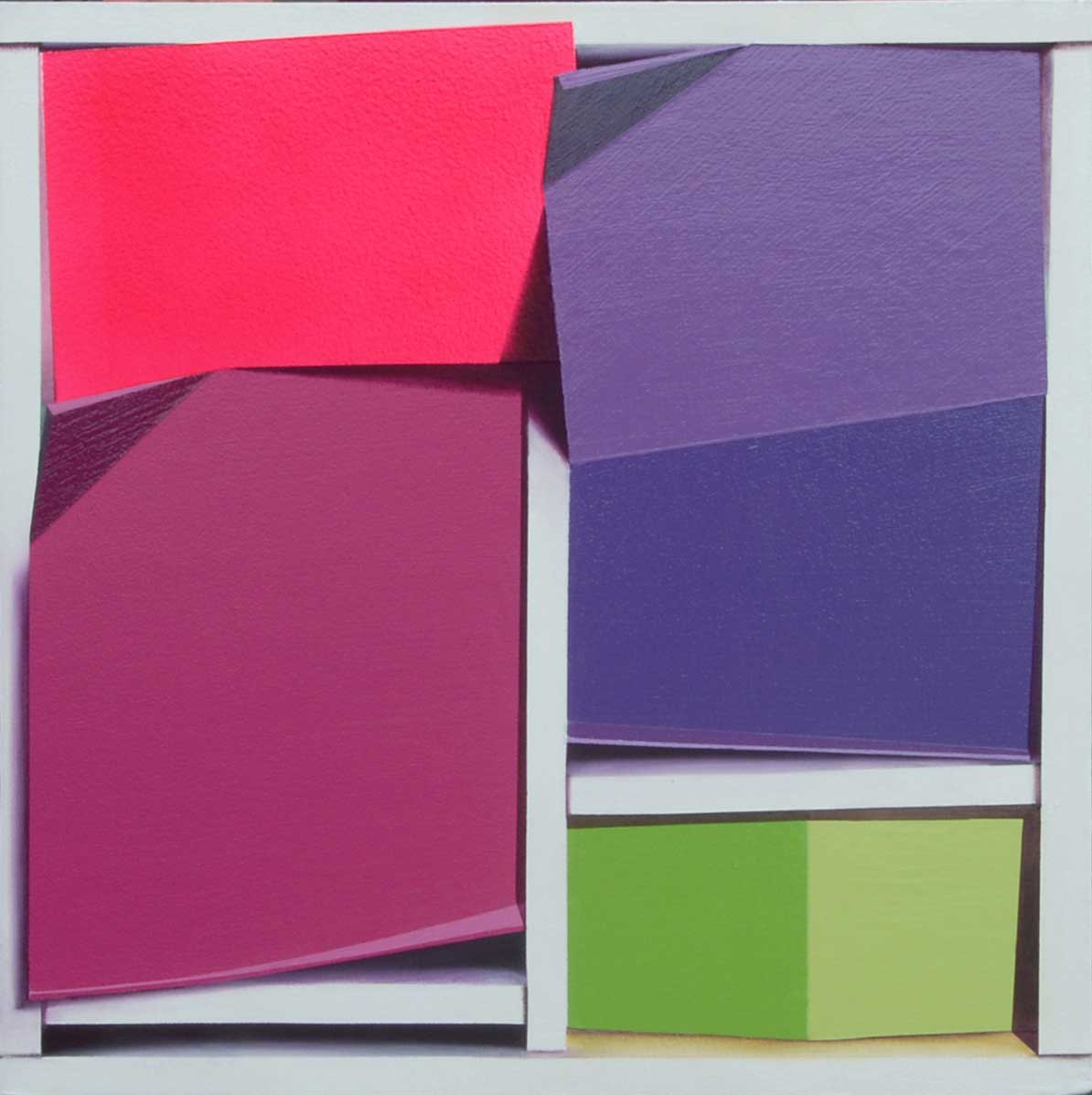