Warren King was born in Madison, Wisconsin in 1970; he lives and works in New York City.

King graduated with a Bachelor of Science in civil engineering from Massachusetts Institute of Technology (MIT) in 1992 and his Master of Science in structural engineering at Stanford University in 1993. After graduation he worked as a structural engineer before moving to the software industry. King is a self-taught artist with no formal training in art. He has been a full-time artist since 2013.

As the son of Chinese immigrants, King returned to his ancestral village in China around 2010. There he recognized his own connection as a Chinese-American man to the culture of his family. This experience inspired King to dedicate himself fully to art and to explore this connection to people and culture. He searches to understand how the influence of cultural roots withstand the effects of migration and can be felt over time and distance.

King’s sculptures are based on personal stories reflecting a particular aspect of his relationship to his ancestors and culture. They are about his ancestors’ emigration or his relation with his grandparents. King constructs the sculptures by cutting and bending corrugated board. Many of the figures incorporate images cut out and applied to the pieces. The figures are then given a patina with a deep red ink that mimics Chinese lacquer ware while still allowing the texture of the cardboard to be visible. 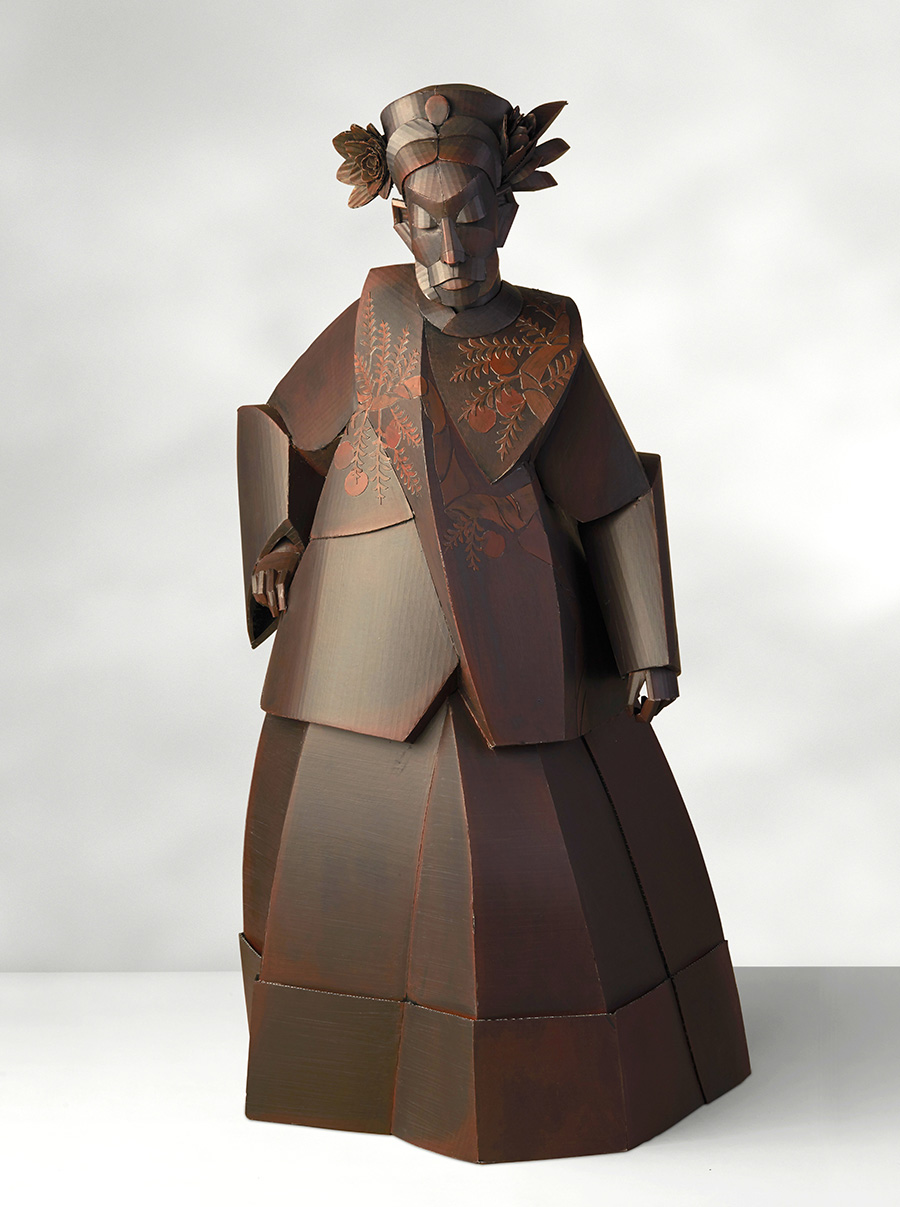 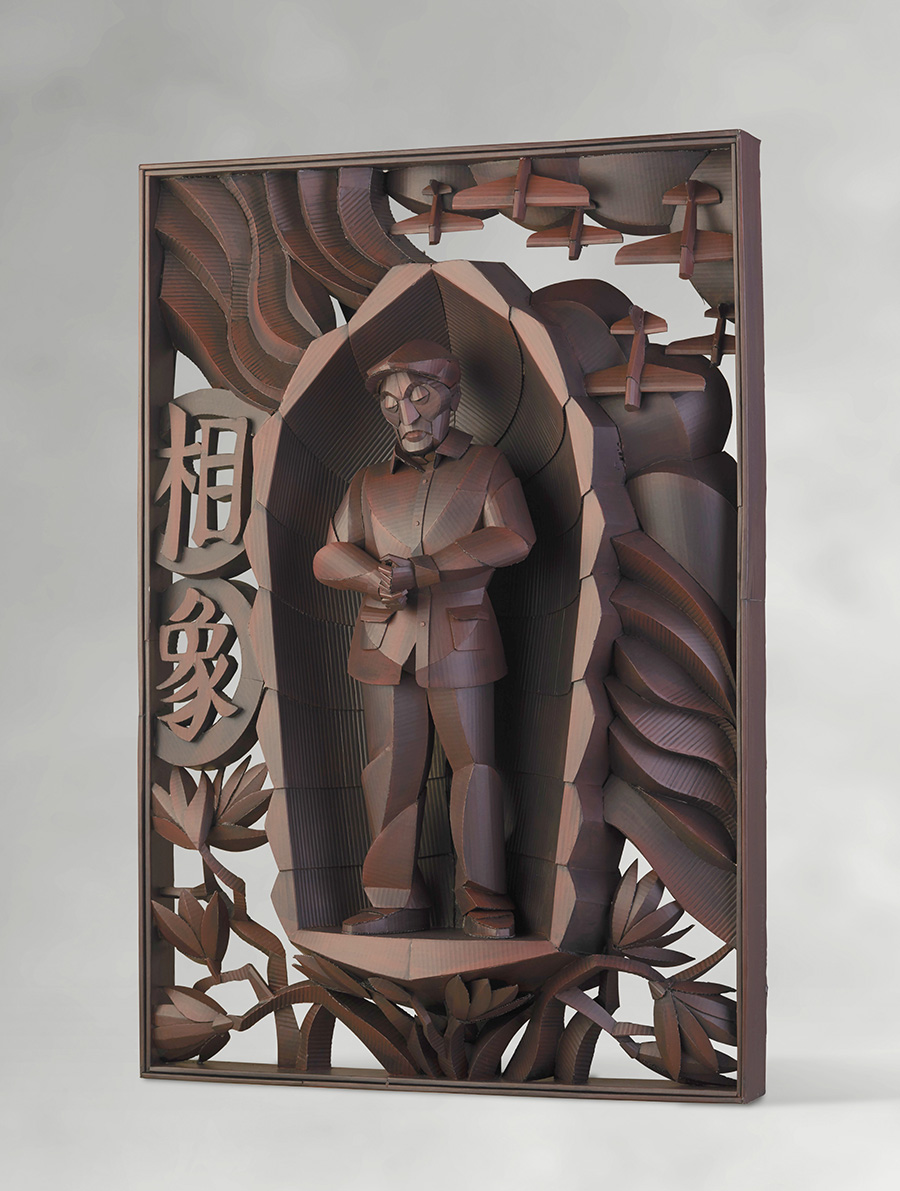 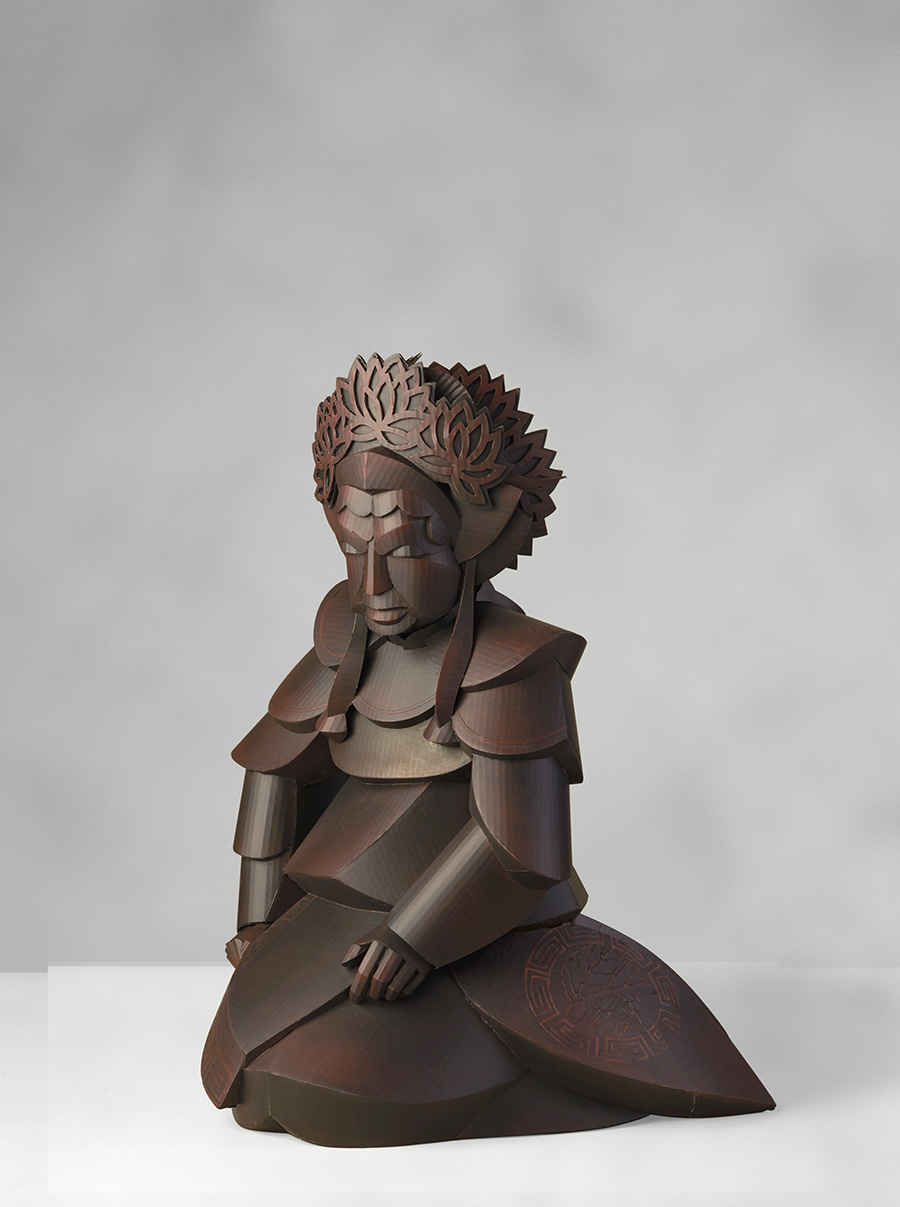 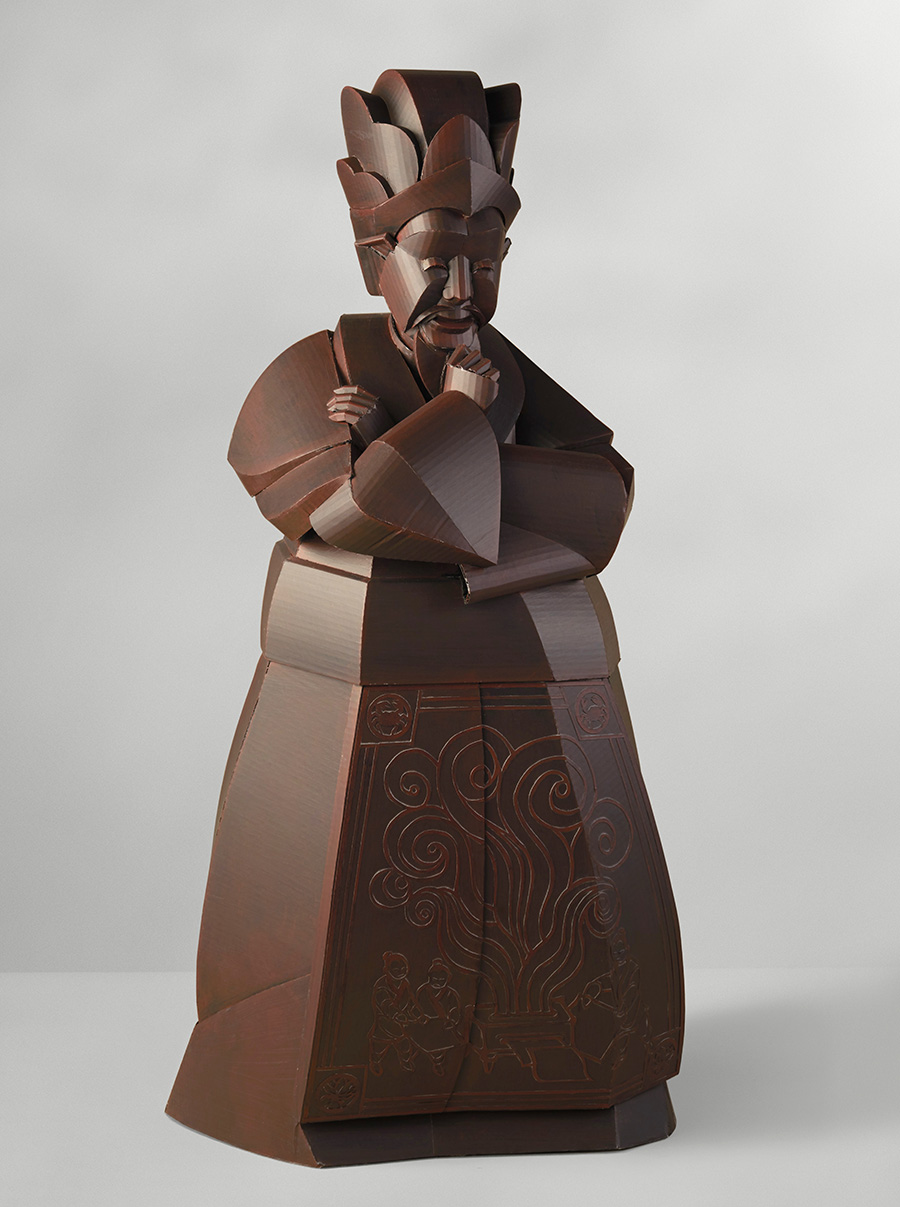 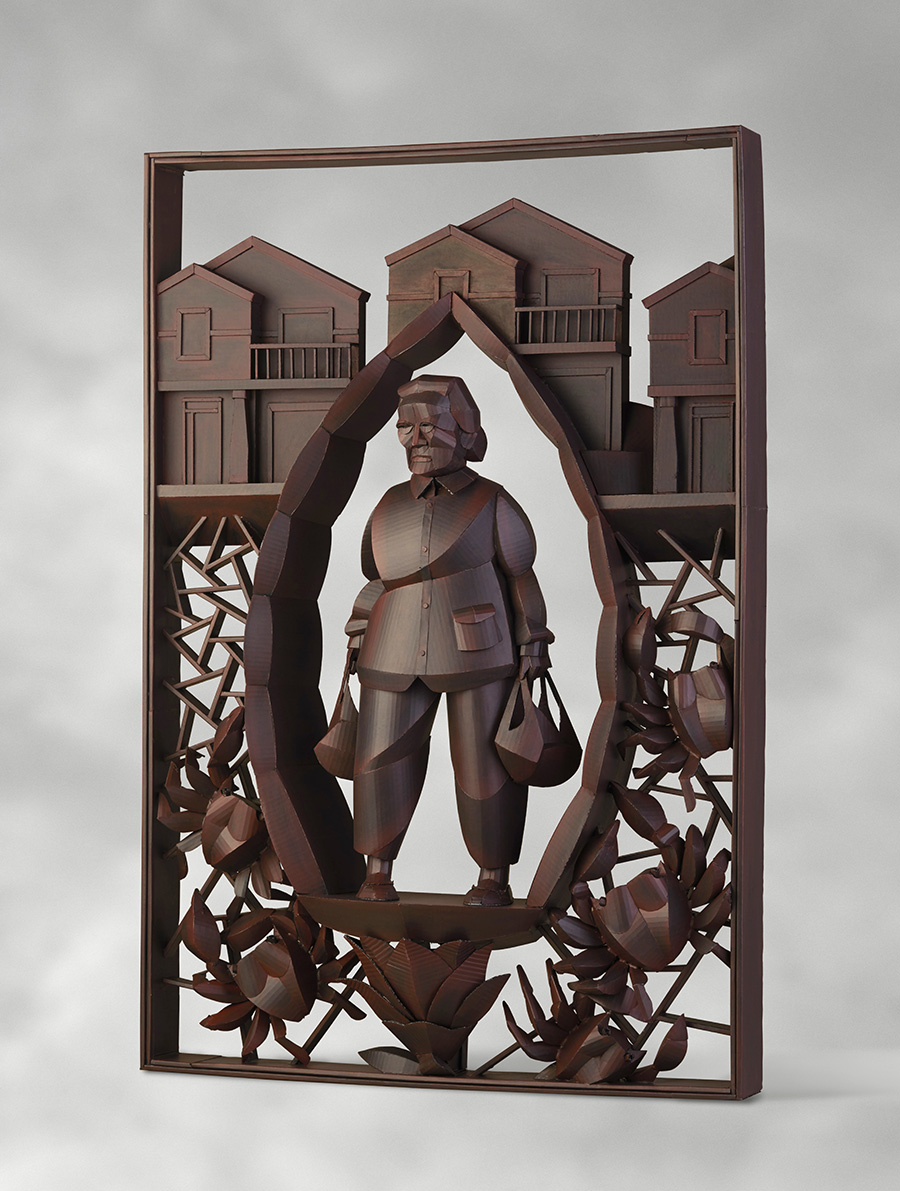 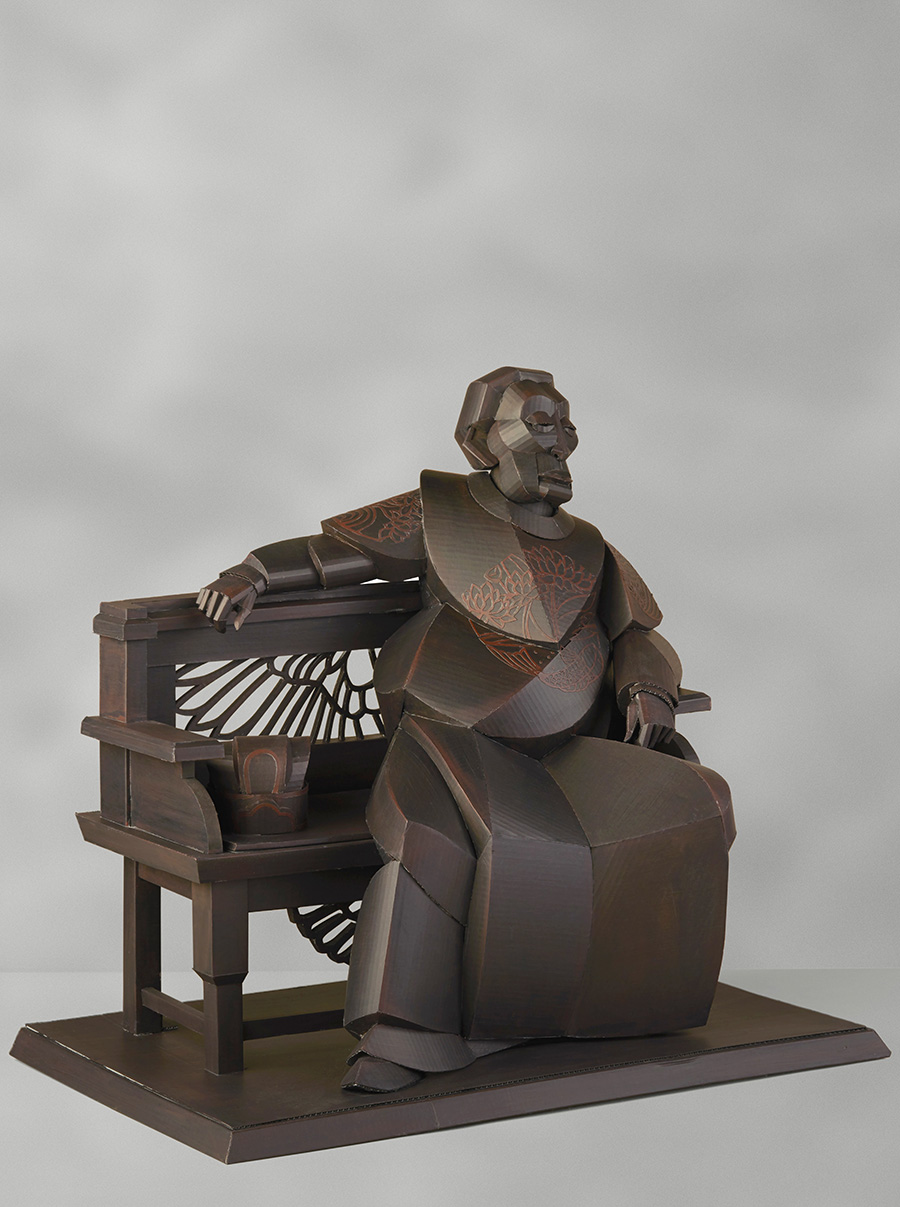 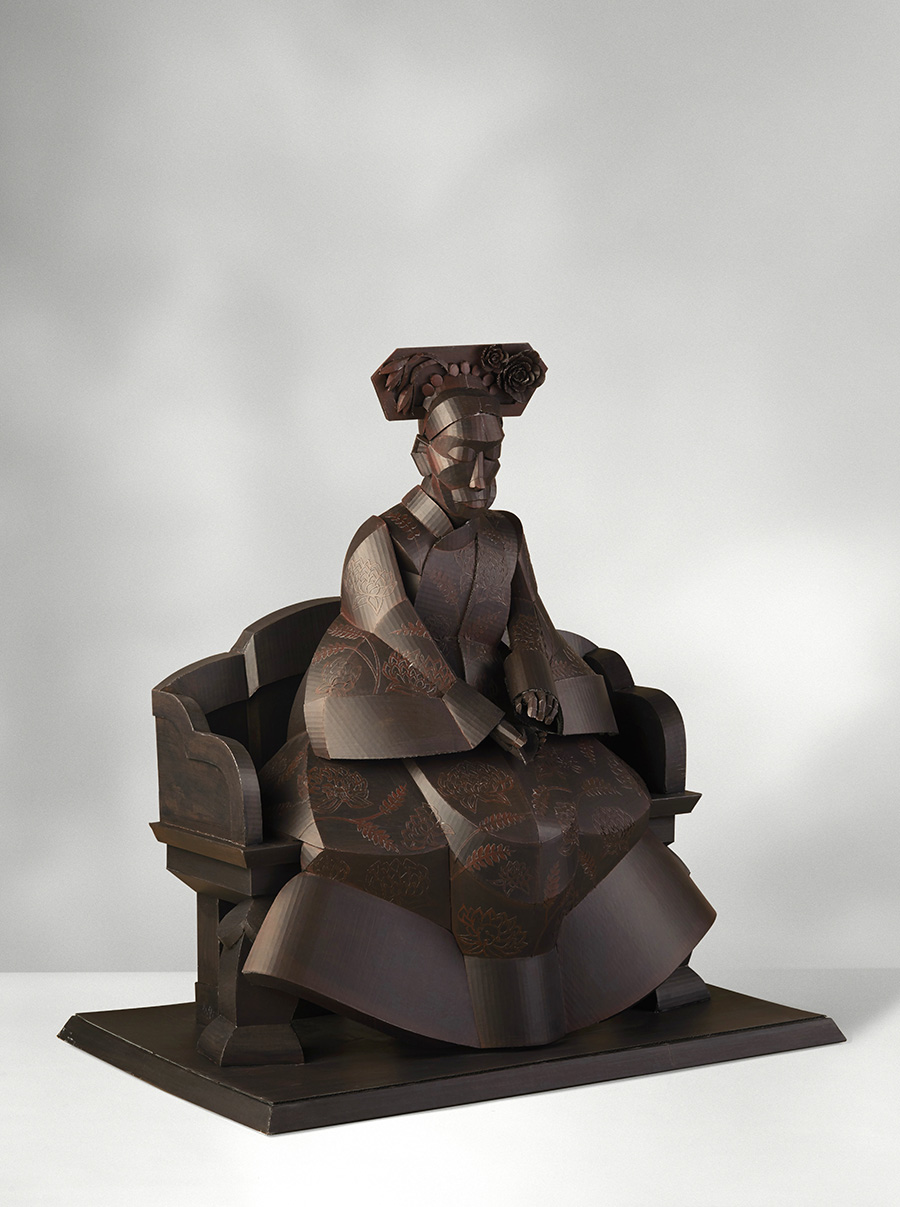 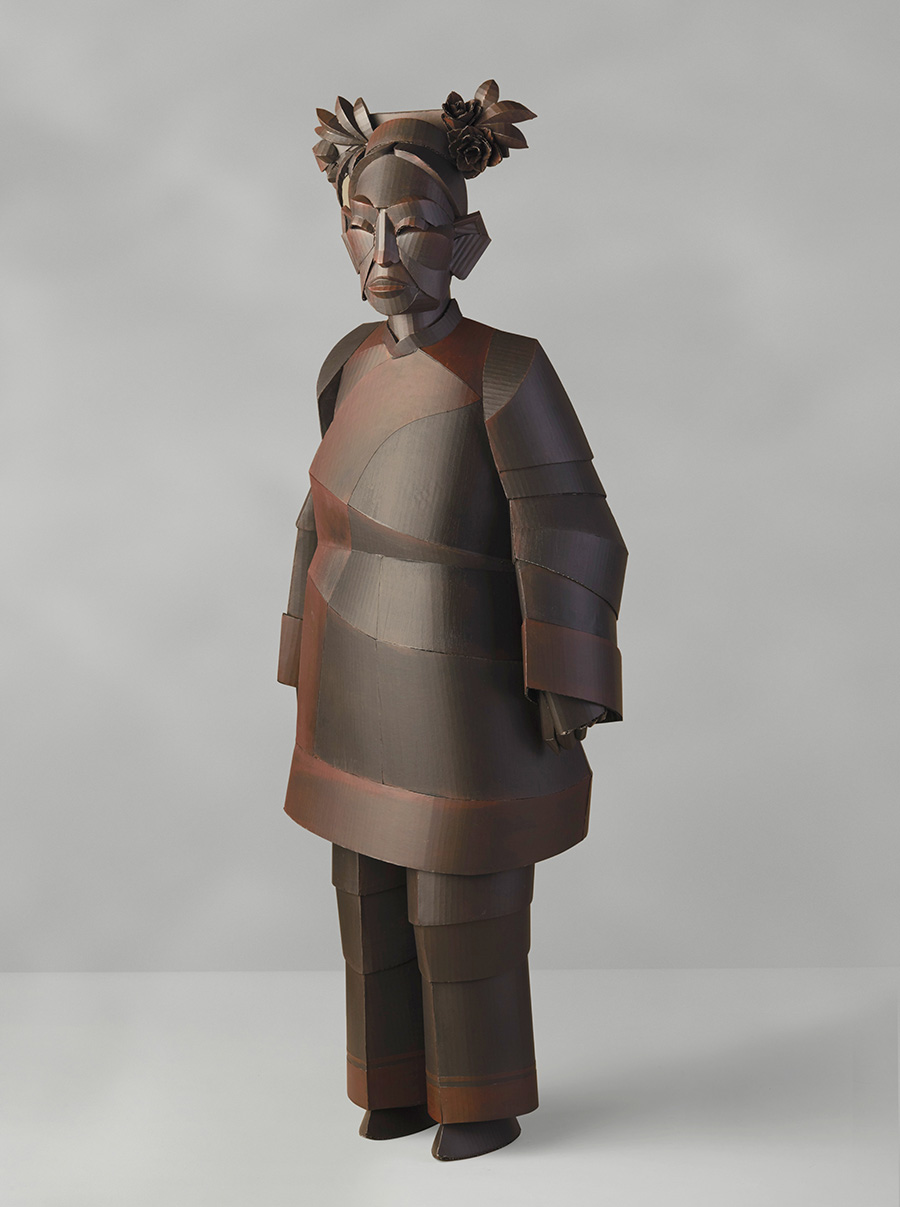 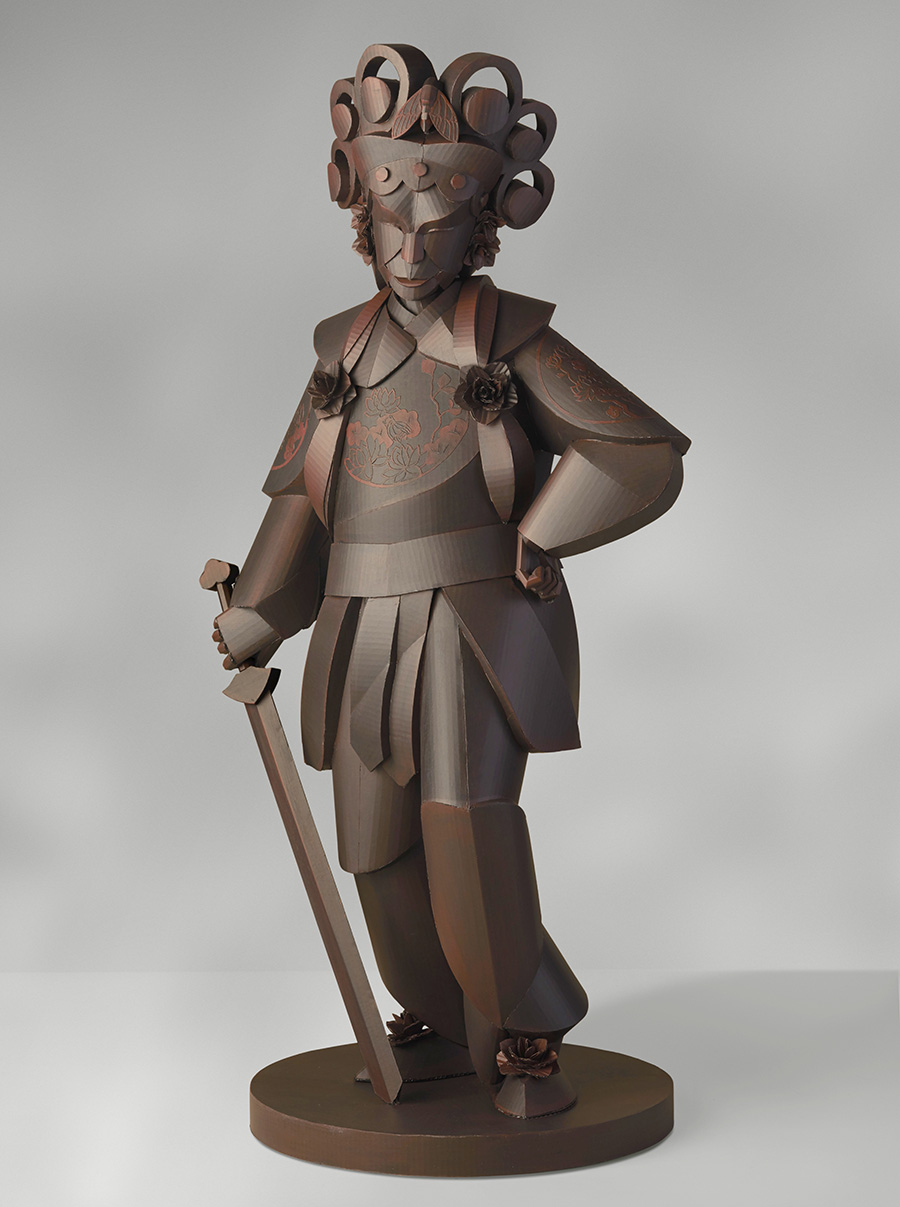 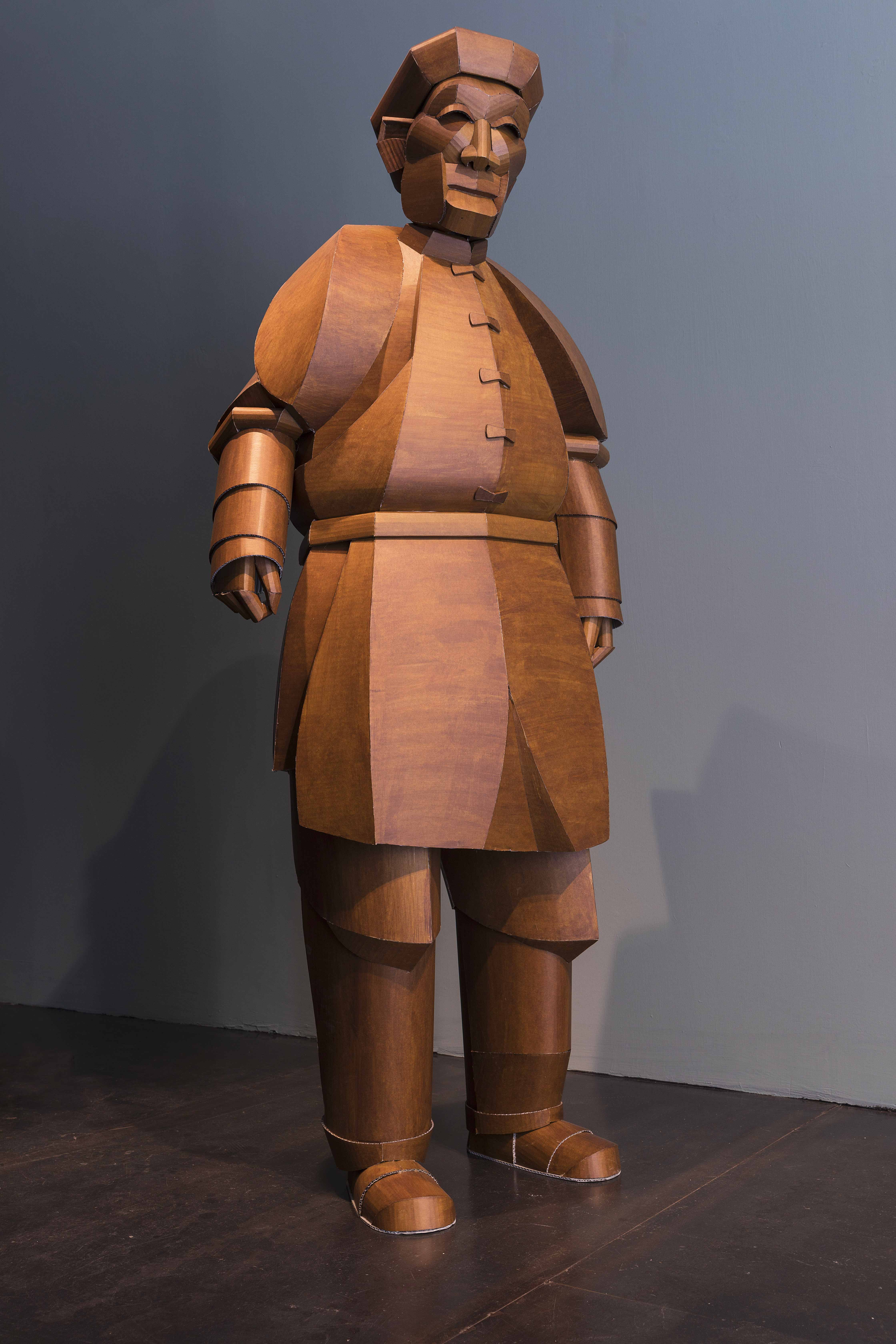 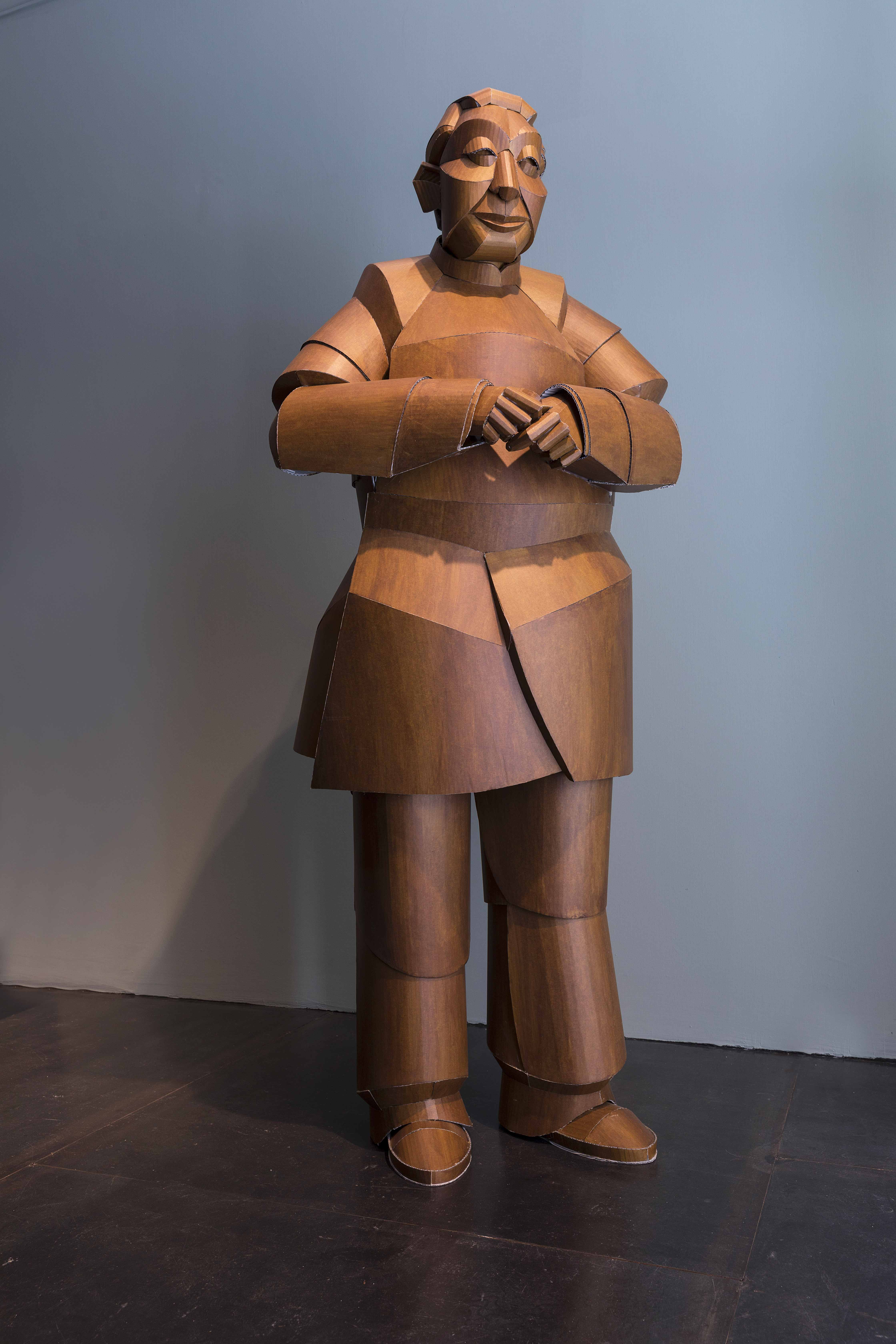